Apay.io has announced that it would be delisting Bitcoin Cash coin, Metal and Salt tokens from its list of supported tokens. Last year, Apay delisted Dash from their platform due to lack of demand.

Apay.io says that Bitcoin Cash, Metal and Salt no longer satisfy their criteria for listing. Users are requested to withdraw them now if you own any. They will be taken off the platform on 15th April 2020.

After 15th April, you will have to manually withdraw them by contacting Apay’s support at support@apay.io

Apay is also working to launch its own cryptocurrency exchange and their latest proposal on galactictalk indicates that it wishes to become a rival to changelly and shapeshift.

Here is a glimpse of what is in tunnel for Apay.

Apay developers say that they are preparing for launch of new platform and want to get rid of coins and tokens that are not being used much. They will be using this space to launch new tokens and coins.

Right now, you can use Apay’s coins and tokens are tradeable only on Stellar decentralized exchanges. You can trade them on Stellarport.io, Stellarterm.com, StellarX.com and Interstellar.com. 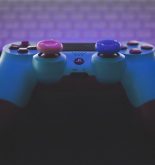 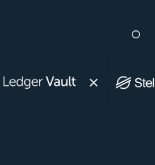